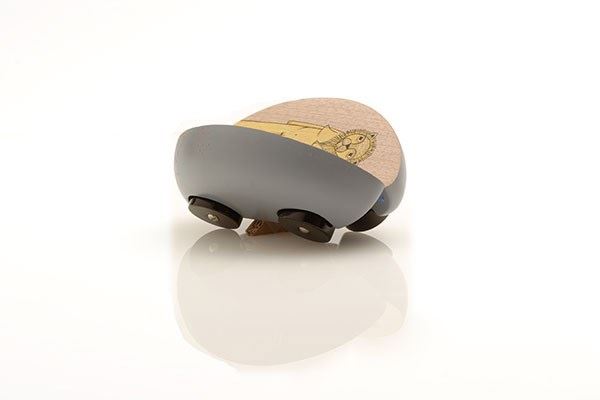 Rich Colman, was born in 1976 and grew up in Bethesda, Maryland. Rich left the suburb of Washington D.C. in 1998 to go to Boston’s School of the Museum of Fine Arts, completing school in 2002. When Rich graduated he moved to New York’s Lower East Side where he took up watercolor and ink as his primary media, which he uses on paper, then lacquering the results. Colman’s designs are a mixture of his background in graffiti art along with an appreciation for Renaissance-style portraiture that he developed in college.

Rich’s work has been exhibited at gallery shows all over the world including his first show in 2001, in conjunction with his inclusion in the Free Agents: A History of Washington, D.C. Graffiti book. The following year, he was the junior member in a group show at the Merry Karnowsky Gallery in Los Angeles, alongside Ron English, Shepard Fairey, and Dalek. He has followed with several solo shows internationally, as well as a host of other group exhibitions.

In 2005, Rich left New York, moved to Hollywood and opened a studio where he is experimenting with greater freedom of size and media.