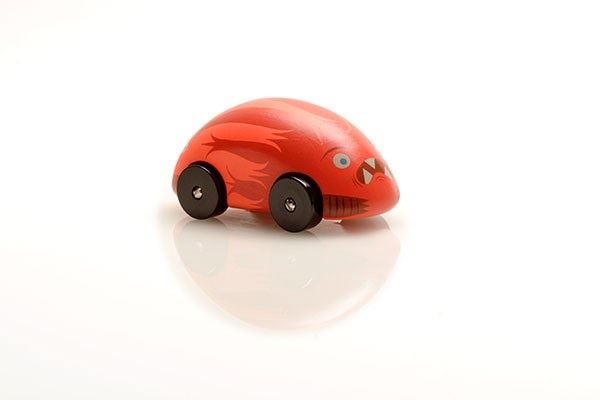 Tim Biskup is a Southern California fine artist whose work has been shown worldwide, including galleries and museums in Los Angeles, New York, San Francisco, Tokyo, Kyoto, Barcelona, and Melbourne. He has collaborated with artists and designers around the globe and organized art auctions and exhibitions.

His original paintings, drawings and sculptures show the influence of his many years in the animation industry as well as a fondness for mid-century modern design and illustration.

Tim’s popular 100 Paintings series, published in a hard bound volume of the same name by Dark Horse Books, is being followed-up with a new series of 500 paintings entitled The Jackson 500. The second of five books chronicling the series will be released in July of 2007.