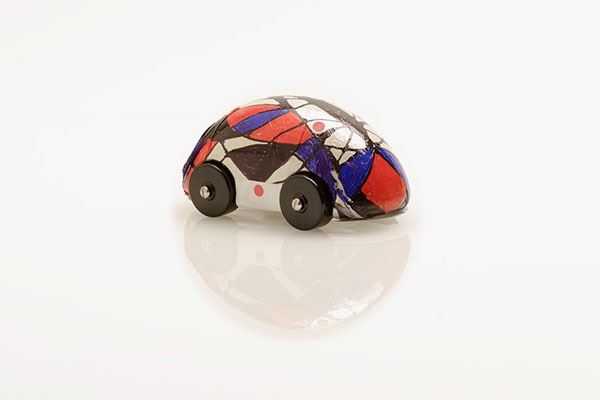 Sydney Jay Mead attended the Art Center College of Design in Pasadena, where he was graduated with great distinction in June of 1959. He was immediately recruited by the Ford Motor Company’s Advanced Styling Studio where he left after 2 years in order to accept a variety of assignments.

In 1979, Syd began work with most major studios, on such feature films as Star Trek: The Motion Picture, followed by Blade runner, TRON, 2010, Short Circuit, Aliens, and recently, Mi-3. In 1999, Syd Mead supplied designs for the toy market and in 2003, saw the introduction of the SYD MEAD SENTINEL 400 model car for Mattel’s Hotwheels Division.

Throughout the 1980’s Syd Mead, Inc. provided architectural renderings for such clients as Intercontinental Hotels, Harwood Taylor and Gresham & Smith, to mention a few.

His work has been exhibited in Japan, Italy, Bahrain, Spain and most recently, Palm Springs, California. Syd continues to be involved in a variety of design projects including the release of Syd Mead’s SENTURY, a 174 page compilation of his illustrations and designs and more recently, a four volume set of DVD’s TECHNIQUES OF SYD MEAD in connection with the Gnomon School of Design.